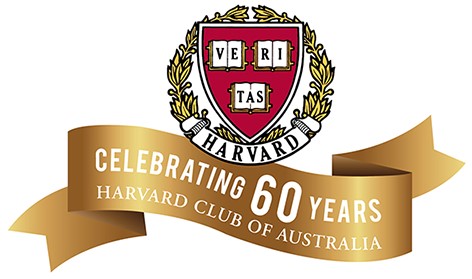 A conversation with cricket legends: Ian Chappell and Belinda Clark

HCA is pleased to invite you to the first event in our new series that will feature well known Australian sports people addressing issues of leadership in their respective sports. The over-arching theme for these sessions is the lessons on leadership in high performance sport that can be applied across other disciplines and sectors.
Our first sport in this series is cricket. As the summer of cricket draws to a close we have seen all conquering performances from our men’s and women’s teams, but at the same time there have been leadership and cultural challenges both on and off the field.
We are delighted to have as our guests for this opening session two of the icons of Australian cricket - Ian Chappell, captain of the men’s team from 1971 to 1975 and Belinda Clark, captain of the women’s team from 1994 to 2005. They both took up their roles at a time when many questions were being asked about the need for new directions. They each lead their teams to many successes as captain and changed the leadership and the culture of their game forever.
The session will be facilitated by Tim Ford, a leadership advisory consultant, who has worked with the Australian men’s cricket team, and is himself an elite athlete having represented Australia in two sports - swimming (Commonwealth Games Silver Medallist) and surf lifesaving.
Please join us for what will be a unique opportunity to listen to and interact with two of Australian cricket's greatest captains, whilst enjoying dinner with members and colleagues from HCA, and our guests from the Stanford, Cambridge and Oxford Alumni Clubs.

COVID Code: Guests are required to be fully vaccinated and show proof on arrival.

Ian Chappell is one of the greats of Australian cricket who played for South Australia, Australia and World Series Cricket. He was first selected for Australia in December 1964 and played 75 matches for his country scoring 5,345 runs with an average of 42.42, 14 100s and 26 50s. He captained Australia for 30 of those matches from 1971 to 1975 with a success rate of 50%. He captained the Rest of the World and WSC 19 times. Known as Chappelli he earned a reputation as one of the greatest captains the game has seen. He also had a successful baseball career playing for South Australia in the Claxton Shield winning All-Australian selection in 1964 and 1966 as a catcher..
During his playing days he was seen as a forceful and direct captain and player revered by his team, who was not afraid to challenge the opposition on the field and the cricketing authorities off it. Gideon Haigh said he ‘fashioned an Australian team in his own image: aggressive, resourceful and insouciant’. Not only did he raise the fortunes of Australian cricket, he also championed better pay for players, drove the professionalisation of the game through WSC, and changed the team's culture.
When he retired as a player in 1980, he built a high profile career as a cricket journalist and commentator, mostly with Channel Nine with match commentaries and co-host of Wide World of Sports and Sports Sunday. He was a commentator with Macquarie Sports Radio Cricket until they stopped cricket broadcasts after 2019-20, and for the last two seasons has commentated on ABC radio.
He was inducted into the Sport Australia Hall of Fame in 1986, the FICA Hall of Fame in 2000, The Australian Cricket Hall of Fame in 2003 and the ICC Cricket Hall of Fame in 2009.
Belinda Clark AO, is a leader in the Australian sports industry and has recently turned her attention to starting a new venture to support the development of leadership capability and confidence in young girls. Belinda was an elite cricketer who captained the Australian Team from 1994-2005, with a win ratio of 80% over more than a decade and the first player male or female to score a double century in a One Day International Match.
She was also CEO of Women’s Cricket Australia and steered the organisation through an integration with Cricket Australia. In 2000, she received an AM for services to cricket and to the promotion and development of the game for women and girls and an AO in 2018. Belinda brought an evidence-based mindset to the game, after initially training as a physiotherapist, integrating science with high-performance sport. She excels at strategy and its implementation and is a natural builder of teams and brands.
In her previous role as Executive General Manager, Community Cricket at Cricket Australia, she worked with a team across Australia to transform community cricket through innovative solutions based on community needs including providing a platform for the growth of junior cricket and girl’s competition. And she continues to be an advocate for females in sport at all levels.
Belinda was inducted into the ICC Hall of Fame, the Sport Australia Hall of Fame, the Australian Cricket Hall of Fame, the NSW Sports Hall of Fame and Hunter Region Sports Hall of Fame.
In 2019, the Australian Financial Review Top 100 Women of Influence Awards recognised Belinda as the winner of the Arts, Culture and Sport category.
Tim Ford operates a leadership advisory practice serving Boards and Executive Teams in a range of areas encompassing succession planning, developmental assessments, team optimisation and executive coaching. He has been invited to manage leadership development and talent progression programs at the most senior levels of organisations and has partnered with a number of Boards of ASX Top 50 companies to ensure that successful leadership selection and transition occurs.
Tim graduated with high honours in Psychology and Social Relations from Harvard College and he has an MBA from Harvard Business School.
At a personal level, Tim is passionate in his support of mission-driven organisations and has provided his time and expertise to sporting, not-for-profit and faith-based organisations. Recently, Tim has worked with the Australian Men’s Cricket Team in their pursuit of a stronger values-based team culture and improvement in demonstrated team character.
Tim previously served on the Board of Swimming Australia, he is on the Board of Frontier Services, and he is the Chair of the Forbes & Ursula Carlile Foundation which has a charter to assist and support the growth of competitive swimming at the Carlile Swimming Organisation and in NSW and Australia more broadly.  He is a former President and Club Captain of the Freshwater Surf Life Saving Club and has represented Australia in two sports: swimming and surf lifesaving. He is a Commonwealth Games silver medallist, was formally world ranked in the 800m and 1500m Freestyle, and during ​​his swimming career he won 33 NSW and Australian titles. While at Harvard College, he was elected Captain of the Men's Swim Team.
© Copyright Harvard Club of Australia Inc., ALL RIGHTS RESERVED.
Powered by   AlumniMagnet