Monday Club - Sandra Oudkirk, U.S. Deputy Assistant Secretary of State for Australia speaking on Transitions in US Foreign Policy: The Australia-US Alliance and responding to challenges from China

This Monday Club is being held on a Tuesday morning AEST due to the guest's availability.

The Australia-US alliance is arguably Australia's most important bilateral relationship. In recent times, there has been great emphasis on the relationship, especially in relation to dealing with challenges brought about in the region through China. Trade tensions, the elevation of the Quad amongst other developments, have made this a more delicate issue. With a new administration, the evolving nature of US-China relations holds great importance to Australia.

Joining us from Washington, D.C for this timely discussion, we are honoured to have Sandra Oudkirk. Sandra Oudkirk is U.S. Senior Official for APEC and Deputy Assistant Secretary for Australia, New Zealand, and The Pacific Islands. We will be discussing the foreign policy transitions under the new US administration, as well as the Australia-US alliance and the US policy towards China. The event will be facilitated from Perth by Adil Cader, HKSEE 2020, currently the Harvard Kennedy School Alumni Ambassador for Western Australia. 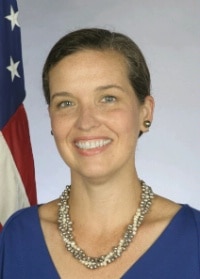 Adil Cader is currently a Pacific Forum Young Leader and has a background in foreign affairs and diplomacy. He has worked for various think-tanks and NGOs. He also did a placement on the UN General Assembly 2nd Committee, covering sports diplomacy and economic development issues. His articles on Australian foreign  policy have been published in The West Australian, The Oxford University Politics Department, The Diplomat, Australian Outlook and Pacific Forum. He has served on the Australian Indonesia Business Council WA Chapter, and is currently on the Perth US Consul General’s Youth Advisory Committee. He has an interest in Australian foreign affairs and sports diplomacy, he is currently on the advisory committee of the WA Football Commission. He has postgraduate degrees in International Law and International Relations from UWA and in mid-2020 completed an executive education course through the Kennedy School of Government.