Leaders Forums, The Israeli - Palestinian Conflict - A Joint Leadership Solving Problem byTwo Harvard Classmates with Nadav Tamir, Director of International Policy and Government Affairs at Peres & Associates Global Advisory ltd. and Senior Advisor for International and Governmental Relations at the Peres Center for Peace and Innovation and Elizabeth Carr, HCA President from Perth and Nadav from Jerusalem via Zoom 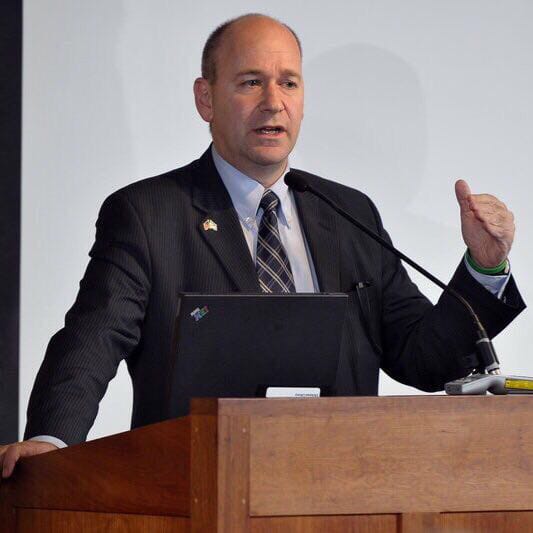 After Harvard Nadav, an Israeli, worked for Simon Perez, and his classmate, Issa Kassissieh, a Palestinian, worked for Mahmoud Abbas. They became study buddies and friends at Harvard. After Harvard they continued their friendship and worked together to arrange a meeting for Perez and Abbas with Pope Francis. It is a fascinating leadership story.

Nadav Tamir served as the Senior Policy Adviser to the President of Israel during the last 3 years of the presidency of Shimon Peres. Nadav returned to Israel in 2010 after serving as the Consul General of Israel to New England at the Consulate General of Israel in Boston for four years. He then served at the Policy Planning unit of the Israeli Ministry of Foreign Affairs until July 2011 when he joined the President's Office.

Nadav joined the Ministry of Foreign Affairs in 1993 and the following year began to serve as the Policy Assistant to the Foreign Minister. Nadav had the privilege to serve as a policy assistant under three Foreign Ministers - Shimon Peres, Ehud Barak, and David Levy. He was then promoted to the position of Political Officer at the Israeli Embassy in Washington, D.C. in 1997. In 2001, Nadav was granted the position of Advisor to the Director General at the Ministry of Foreign Affairs in Jerusalem.

Nadav holds the position of chairperson of the Wexner – Israel Alumni Association. In 2003, Nadav was chosen as a Wexner Israel Fellow and earned his Masters in Public Administration from the Kennedy School of Government at Harvard University in 2004.

Elizabeth Carr, AM is the President of the HCA. Elizabeth chairs St Mary’s Anglican Girls School (WA), South Metropolitan TAFE (WA), St Catherine’s Aged Care Services (NSW), the A&R Committee for Murrumbidgee Local Health District, vice-chair of the Kokoda Track Foundation plus is a member of the A&R Committee of NSW Trustees and Guardian and Department Communities (WA). Elizabeth completed her MPA at the Kennedy School in 2004 and was a classmate of Nadav’s.