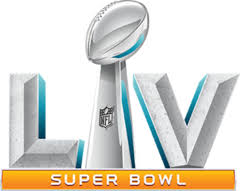 On Monday 8 February, the National Football Conference Champion, Tampa Bay Buccaneers, will play the American Football Conference Champion, Kansas City Chiefs at the Raymond James Stadium in Tampa, Florida in the 2021 Super Bowl. The tight end for the Tampa Bay Buccaneers is Cameron Brate who graduated from Harvard College in 2014. He helped Harvard win the Ivy League crown in 2011 and 2013 and was three times All-Ivy selection and three times All -American.

He was also the player who received the winning pass from Tom Brady to win the NFC Championship game and earn them a finals spot against the Kansas City Chiefs. The game is being shown on 7 Mate starting at 10.30am AEST.  That is not a great time for a formal Harvard Club social gathering , but we thought if members had the information, there could be informal cheer squads for Cameron at home or in local coffee shops and bars!